+91-7678398674 Online Payment 0 info@templemitra.com
Enquiry
Bookings are going on for Gujarat Temple Tour and Rann of Kutch packages. Get complete package with exclusive Mud House / Premium Tent stay in Kutch. For any queries chat with us now !! 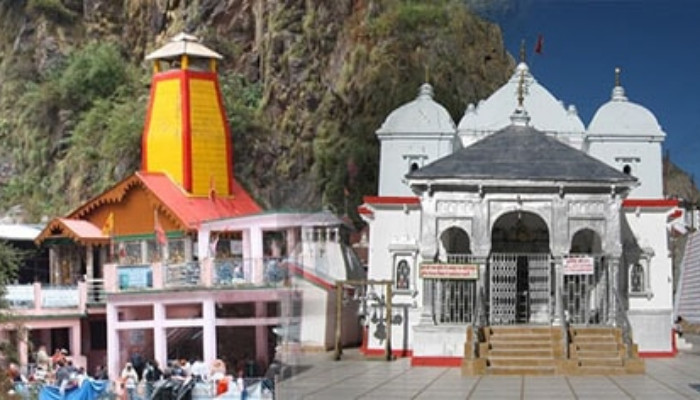 Uttarkashi – An abode of Lord Shiva in the North..Kashi of the North !!

Uttarakhand state is known as “ Dev Bhoomi”, yes the state fully deserves this status with its diverse holy culture and number of pilgrimage destinations. The religious heritage of Uttarakhand attracts pilgrims from all across the country and even from various foreign countries.

In this article let us discuss about one of the holiest districts of the Indian state of Uttarakhand, Uttarkashi. As the name Indicates , its called the Kashi or the North. Uttarkashi is also situated on the bank of the Ganges, Similar to Varanasi. The place has a well known temple called “ Kashi Vishwanath Temple” , similar to Varanasi. Uttarkashi has stunning natural views and a number of Ashrams and temples. The district has the origin of the two holiest rivers of the country namely Gangotri, Gaumukh ( The origin of the Ganges ( Bhagirathi ) and Yamunotri ( The origin of the Yamuna ). Apart from these temples, many other shrines are also present in Uttarkashi dedicated to Lord Parshuram, Hanuman JI, Maa Durga and Lord Bhairav etc.

Uttarkashi has an average elevation of 1,165 Metres (4,436 Feet ), most of the part is hilly. Along with the time Uttarkashi has now been very popular among adventure lovers due to its scope of various adventure activities like camping, Mountaineering etc. Now film makers are also taking interest to picturize Bollywood movies in the valley.

For traveller , the best time to visit Uttarkashi is March to June and September to November. Usually April, May and June are the summer months here whereas July, August and September experiences heavy rainfall due to South West Monsoon. Winters start in the month of October and continues till February.

Uttarkashi experiences major footfall of pilgrimage during Uttarakhand’s Chardham Yatra that starts somewhere in the month of April/May and continues till Oct/Nov ( Dates may varies depending up on Kapat Opening and Closing Dates of the four holy places ) . Taxi / Car will be suitable medium to visit Uttarkashi , the nearest airport is Jolly Grant Airport, Dehradun whereas you can prefer Haridwar or Dehradun as the nearest Railway stations for your journey to the Valley. The bottom line is if you are nature lover and looking forward to feel the divine, make a plan to visit the Uttarkashi Valley and we at Templemitra.com will make your journey memorable.