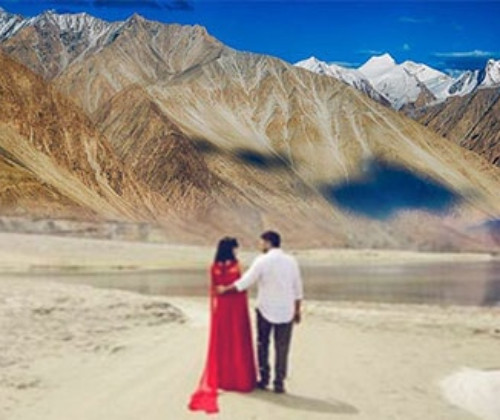 What could be the better way to celebrate your most romantic days than having a trip to the most exotic and adventurous honeymoon destination of India? Leh has every thrill that you can imagine. From Buddhist sites to Trekking areas , Lakes and the atmosphere itself is so thrilling. Leh City, Nubra Valley , Pangong Lake , Khardung La are the major attractions. May to September is the best time to visit Leh Ladakh.

What could be the better way to celebrate your most romantic days than having a trip to the most exotic and adventurous honeymoon destination of India? Leh has every thrill that you can imagine. From Buddhist sites to Trekking areas , Lakes and the atmosphere itself is so thrilling. Leh City, Nubra Valley , Pangong Lake , Khardung La are the major attractions. May to September is the best time to visit Leh Ladakh.

Enfold yourself with this amazing Ladakh tour with your arrival in Leh! As you arrive in the city, our tour representatives will guide you to a hotel, and will get you checked-in. Unwind yourself and get freshened up to spend the day at leisure. Come evening, you can stroll around the Leh Market and get acquainted with the local life of Leh; overnight stay will be at the hotel.

Your first morning in Leh; enjoy a filling breakfast at the hotel, and get ready for an amazing excursion to the picturesque ShamValley. The excitement of the day will begin with a visit to the Magnetic Hill that challenges the law of gravity, and will turn towards the pious GurudwaraPatthar Sahib. Post this, you will be visiting Sangam Point or the confluence point of Zanskar and Indus rivers. Your first day of amazing Ladakh tour will wind up with a visit to the sacred Alchi Monastery in Alchi village; post this, you will be driven back to the Leh hotel for your overnight stay.Attractions of the Day:Magnetic Hill: On your Ladakh tour, you will come across many wonders and natural marvels; the Magnetic Hill is one the most wondrous attractions! A hill that defies the laws of gravity, it pulls the vehicles upwards the ascent of the hill.Though many researchers have put their theories and statements; no one has been able to decode this mystical phenomenon yet!GurudwarPatthar Sahib:Located on the Leh-Srinagar Road, this gurudwara (sacred place for the Sikhs) is only 25km from the city limits of Leh. Legends have it that this region was once tormented by a demon who created havoc and misery across the valley. To overcome these desolations, the local prayed for the destruction of this demon. Guru Nanak Devji, the founder of Sikhism, heard their prayers, and came to rescue them by following the route through Nepal, Sikkim, Tibet, Yarkand and finally to Leh. The Guru, after reaching the valley, blessed the people and got popular among them as ‘Nanak Lama’.The arrival of the Guru enraged the demon, and he tried killing the Guru by rolling a gigantic boulder towards the preacher. The rock, upon touching the Guru, turned into a soft cushion, which he used as a cushion to meditate. Considering the preacher to be dead, when the demon came down to witness the effect of his unholy deed, he found Nanak Devji meditating. Furious with rage, the demon tried pushing the rock with his right foot, which finally got stuck in the rock. Realising the Guru was not an ordinary being, the demon fell on the Guru’s feet asking for forgiveness.Guru Nanak then advised him to abstain himself from all the evil deed and lead the life of the humble person. Following the advice of the Guru, the demon started dedicated his life in the service of humanity. This pious Gurudwara was later built to commemorate the preaching of Guru Nanak Dev.Sangam Point:On your way to the scenic Sham Valley in Ladakh, you will come across the confluence point of both the Zanskar and Indus rivers. One of the most mystical attractions in Ladakh, a visit to Sangam Point will surely hold you captive with its enchanting appeal! This enticing point is best visited during the winters when the water of the Zanskar tends to freeze down while the Indus River flows with full glory!Alchi Monastery:One of the most pious monasteries in Ladakh, the history of Alchi Monastery in Alchi hamlet dates back to almost thousand years. A sub-gompa of the Likir Monastery, it stands on the scenic banks of the Indus River and is the only monastery in Ladakh that is situated on a flat ground. Visit this religious enclave to witness its spirituality, enjoy the serenity that exists there and seek blessings from the Gods.Hall of Fame:It is a museum that is maintained by the Indian Army. Not just every India on a Leh Ladakh tour, but every visitor to Ladakh must visit this glorious museum! Unlike other traditional museum, Hall of Fame displays the memorabilia of the valorous Indian soldiers who sacrifice their lives while protecting the dignity of the Motherland. On a visit to Hall of Fame, visitors can also witness pictures of soldiers who attained martyrdom, weapons used by them, their dresses, and other belongings.

Today will be one of the most captivating days of your amazing Ladakh tour as you will be driven to the stunning Pangong Tso Lake after your breakfast. Arriving at the lakeside, you can spend the day witnessing and revelling in its alluring charm and appeal! A treasure trove for the nature lovers, leisure seekers, honeymooners, shutterbugs, and other types of visitors, a visit to Pangong Tso Lake will get you close to Ladakh’s mesmerising beauty and appeal.After a delightful and prismatic excursion of the Pangong Tso Lake, you will be driven back to the Leh hotel for your overnight stay.Attractions of the Day: Pangong Tso Lake:Seated at an elevation of 4,350m, Pangong Tso Lake is one of the most gorgeous and highest lakes in the entire world. A saline water reservoir in Ladakh, it is around 140km away from Ladakh’s capital city Leh, and is a major attraction in all the Leh Ladakh tour packages. Flaunting its magical beauty in the higher altitudes of Ladakh, Pangong Tso flows into China; only one-third of it flows through the Indian territory.On a visit to this scenic lake in Ladakh in different seasons offers different charms and grandeurs. While visiting Pangong Tso Lake in summer, visitors can enjoy the surreal beauty of its turquoise water along with the crystal-clear reflection of the entire surroundings. On the other hand, on a visit to this kaleidoscopic lake during the winter, visitors will witness an entirely frozen water-surface with water beneath its surface!

This day, you will get to witness one of the most enthralling tourist attractions in Ladakh Valley – the majestic Khardung La Pass! Following your breakfast in the hotel, our tour representatives will pick you from the hotel and drive you towards this exhilarating pass through the scenic Nubra Valley.Spend quintessential moments at the pass; let yourself flow with the swaying charm of Khardung La Pass, enjoy astounding views from its top-most point and click some of the most amazing pictures of your life! Post this visit, you will be driven back to Leh for your overnight stay.Attractions of the Day:Khardung La Pass:The highest motorable pass in the world, Khardung La Pass boasts of its alluring charm and towering height! Perched at a soaring height of 18,390ft above the sea level, it is also called the ‘Gateway to Shyok Valley’. Located in the lap of the great Karakoram Range, it is around 40km from the heart of Leh, and is a much coveted destination among the adventure freaks. Trekking, hiking, jeep safari, motorcycle trips, and mountain biking are some of the most sought after activities around the Khardung La Pass.

Departure from Leh; End of Tour

After visit to Bharatpur Beach Return to Port Blair as per ferry timings advised. Upon return from Havelock Island, transfer to Hotel. After Lunch proceed to the nearest Beach, Corbyn's Cove. The Crescent shaped coconut palm fringed Corbyn's Cove ideal for swimming & bathing. Coastal drive to this beach is awesome, a stretch of around 4 Km with an open sea towards your left is a sight to experience. Take pit stops during this ride to click pictures and to explore the beauty, Later Procced for shopping & Explore the Market. Overnight stay at respective Hotel at Port Blair. (Note- Ferry timings is mentioned in the tickets – please report 45minutes prior to departure with a valid photo id card, Ferry Operation is purely subjected to Govt. clearance) Class of ferry and timings is subjected to availability at the time of confirmation onlyTour ends with sweet memories to cherish them forever......... 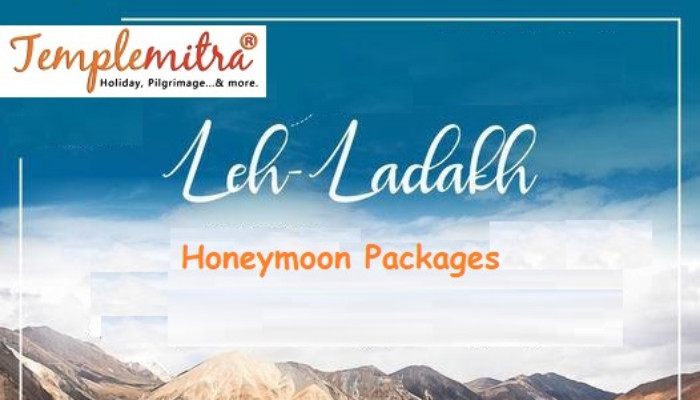 Are You Planning for Leh Ladakh Honeymoon Packages? Well, get ready for a unique and unforgettable experience. To enjoy every single moment of your Leh Ladakh trip you need a perfect itinerary tailore...
Read More.. 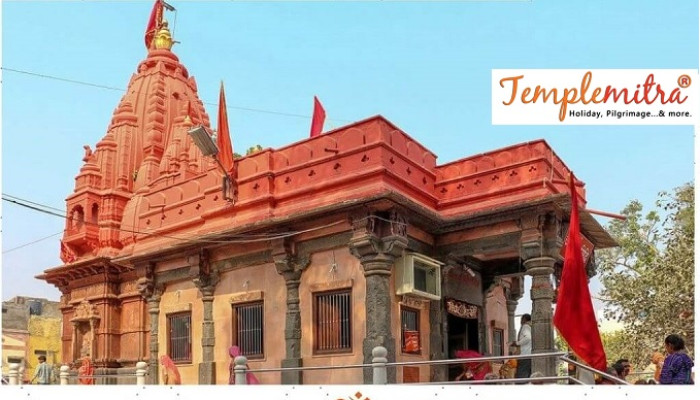 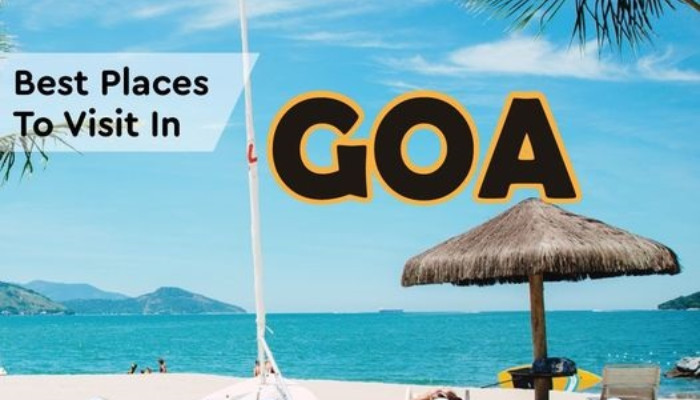